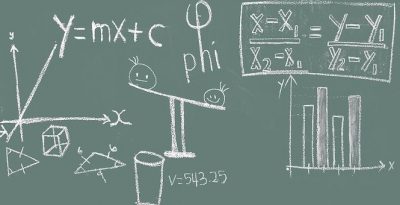 Not a sinister cartel of bankers or chocolatiers, but the name given (of unknown origin) to the system we use to run the Wilson Trophy and similar large events. The early Wilsons up to 1983 were run  on a knock out basis, which meant that some teams could find themselves ashore permanently after only a few races. A possible solution is to have a “round robin” in which everyone races every other team once, but with 32 teams that would involve 496 races which is obviously impractical over a weekend. The format that is often adopted is to split the teams up into perhaps four leagues and everyone races within their  league, with the top teams in each league progressing  a knockout stage  – and this is how the Wilson worked from1984 to1981. This works well for many events but if the leagues are put together on the basis of a random draw you can end up with a preponderance of strong or weak teams in a particular league, which can give rise to dull racing for the experts and depressing racing for those starting out. You can of course seed the stronger teams into separate leagues, but this is not always easy as new teams form and old ones re-form, making them unknown quantities. In 1992, enter the Swiss League to the rescue. Here is the recipe :

Place all the teams in a random draw for the first round of races; after that you have winners and losers, and in the second round the winners play the winners and  the losers sail against fellow losers. After that you have people who have lost two races, teams that have lost one and won one and some teams that are looking smug because they have won two in a row. Each of the following rounds is drawn on the basis of teams sailing against those with a similar win record; if you have a bad patch you drop down to race against weaker teams, but if you really hit your stride you will end up challenging the top guys and have the chance to remove their afore-mentioned smug expressions. The end result is more balanced races and fewer processions where teams get into a 1,2,3 leading position by the first mark, so that by the time the Race Officer decides to go into a knockout stage, everyone has had plenty of challenging racing.

For a number of years, the system was run using a robust if somewhat low-tech system of putting numbered balls (each representing a team) into different buckets (each representing a number of wins, but the march of progress was not to be ignored. (There was actually a rumour that somebody lost the balls after a particularly lively post Wilson party). IT wizard Bob Mac Pearson ( who was later given the Groves John Award for this invaluable contribution to team racing) stepped in, assisted by Ray Griffin and Jane Cornah, to produce a computer programme that would run the Swiss League for us. It is a remarkable system that allows various parameters to be varied, for example the number of times teams at a particular level can meet, and the variation in win records that still allows teams to sail each other. Most importantly, it carries out a continuous tie-break process so that at any given moment the overall winning team can be identified – a great comfort to the Race Officer if the weather is being uncooperative. All the information about results and upcoming races is shown on screens in real time.